San Francisco with my brothers 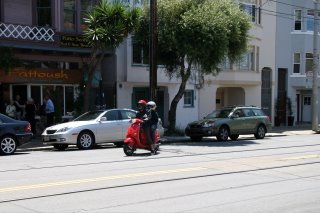 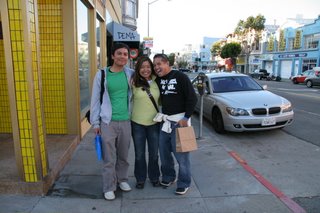 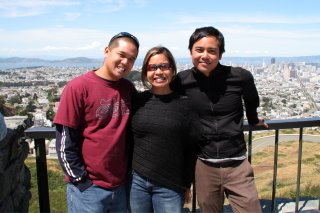 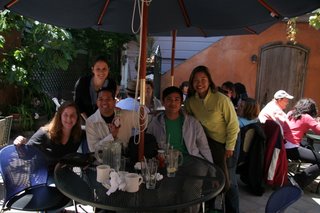 We just got back from a trip to San Francisco (me and Ron) and although it was a very long drive (just a few days after I made the drive to Milpitas), it was worth it to be able to hang out with my brothers. At least we weren't held up in the long line of cars going the other way backed up 17 miles because of a truck that caught on fire! We stayed at Jacqui's and Suzanne's place (thanks again guys!) on Church Street and covered a lot of ground in a few days in San Fran.

We visited Roger's place on Scott Street and met a couple of his room mates- soon to be ex since he is moving out in a month or so. We also went up to Twin Peaks and saw the amazing view from the top-- I am going to try and stitch my photos together and post it later... we also got some great shots of us at the top but they are on Roger's camera. We went all around Valencia street and Mission and went to some cool shops on Haye's street and ate at Kate's Kitchen, Fritz, a cool Thai place by Jacqui's and got some great baked goods at a place called Tartine's. It was good times, not to mention the weather was absolutely perfect- bright sunny days and cool nights... oh yeah, and the ride on Rog's cool vespa.

I can't wait to make another trip up to San Francisco... and I am sure I will be making a lot since I live so much closer now! Im back in LA now just trying to get settled in- well, as much as I can before I leave for the Galapagos Islands and Peru.. then when I get back I will REALLY have to get settled.
Posted by rizanola at 5:21 PM

I had so much fun with you in town! Can't wait to hang out more, but that won't be until Peru. Poor us.

I like how in the scooter pic you can see both our "cars".

Your site is on top of my favourites - Great work I like it.
»

I find some information here.