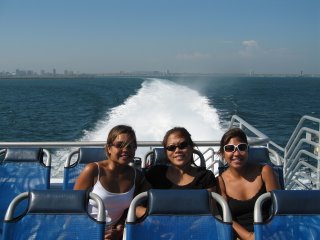 Cecilia came in town after I got back from South America and we spent an amazing week together. I was actually supposed to pick her up from the airport on Sunday but since I got bumped off my flight and was stuck in Guayaquil for a day and didn't get to LA until Monday night, Cecilia came to pick me up from the airport. It was great to see her. It seemed like years since I seen her last- actually, since being out of the country for a month, it seemed like I haven't seen anyone for a year. The next day after she arrived, we took the 4:30p boat out of Long Beach to Catalina Island (we almost missed that boat!). 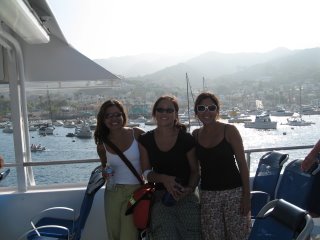 It was a great two days of eating, drinking and diving. I got to introduce her and my sister to Vicki, a friend of mine I met through the fintest team and also Leslie, who I met through Vicki. Leslie had a golf cart so was able to drive us around the island.

That night, we had dinner all together... and then Rose, Cecilia and I hit this bar right across from our hotel and played pool, fuseball and ended up having a great time! We finally called it a night since we had to get up the next morning to dive. 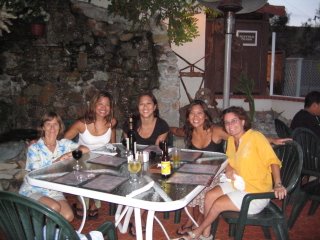 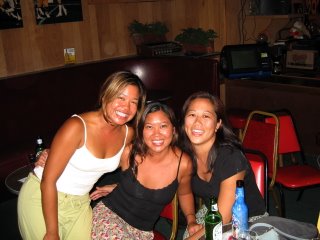 This day, the skies were an amazing blue and the water temp was perfect! People were out everywhere and there were a ton of divers at Casino point where we were doing our dive. We met a guy named Mark who was a solo diver and ended up doing both dives with us. It was great to have him there to lead us around and point out some cool stuff. It was Rose and Cecilia's first time diving in California waters! Below is a group shot of us getting ready to get in the water, Cecilia entering the water and Rose underwater trying to tell us to look at the bat ray coming up from behind me! 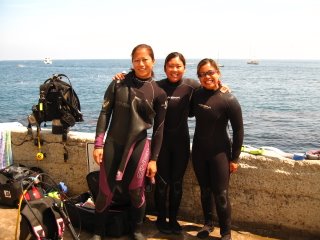 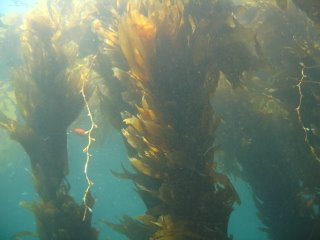 The garibaldis were nesting at this particular time too so we had to be careful not to get close to where they were keeping their eggs. Its interesting too because the male is the one that nests, not the female, and the males can get really aggressive. I almost got bit videoing one since I got really close. The first picture is of the male guarding the eggs, which are red and yellow and you can see them if you look really close. 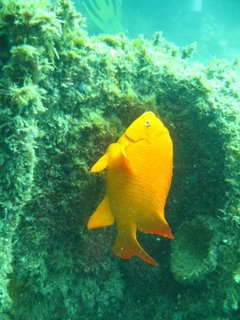 We also saw big schools of baracuda, bat rays and a ton of lobster and other cool schools of fish. There was so much sea life at this dive site! 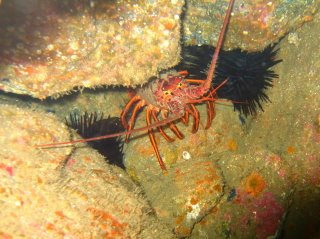 It was a great day of diving and we met a new friend Mark who plays in a blues band called Brothers n' Blues around Southern California! Hopefully we can catch one of his shows soon!

After our dives, we ate lunch on the pier and sat in the sun until our boat left at 7pm. I had to take a picture of this sign on the pier because you could drink outside, but it had to be in front of the white line!?!? These are the times I miss good ole New Orleans! 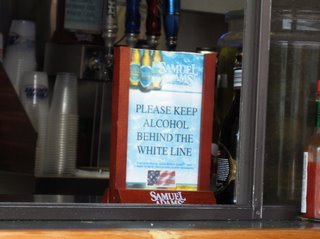 We had one last drink at El Galleon's which we totally regret now and encourage everyone to NOT go there. We were treated horribly by the manager, who obviously needs some training in how to treat customers. Well, we got one cute picture before we called it a day. 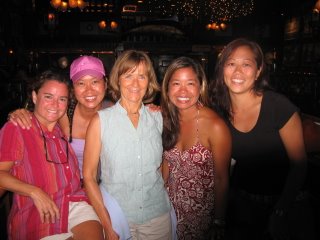