The next day, Eva took me to her land in Acton that she bought, along with 3 other people. They bought 20 acres of land and are going to start building on it hopefully in the next 6 months! 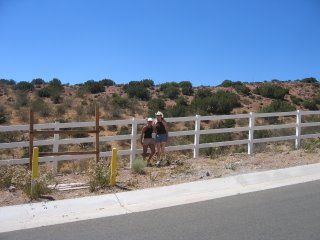 I am SO proud of her and all of her accomplishments and when they get done building their dream house, they better build an extra room for me to crash in because you know I can't get enough of landsailing!

Here are pictures of us standing on the future site of Eva and Lester's house. Its going to be cool to see the "after" shots when they clear the land here. The next picture is of Dave, who is one of their partners and his house will be on the other side of the hill. 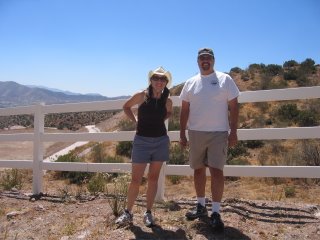 We hiked around their property for about an hour and there were some really interesting cactus, yucca plants and a bunch of other things I don't know the names of. We also spotted a white owl which flew out of his nest all the way across the way and landed in another big bush. The closer we got to him, he would know and fly again to a different spot until he made it to his original nest. His wingspan was huge and it was cool to see him fly around.

Eva told me what made this property an even sweeter deal was that all the utilities are ready to go! What an awesome investment and I am so excited that you are going to be able to build your dream home! 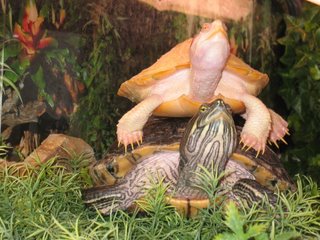 This shot above is random, but its of Dave's turtles that he has in a tank at his house. I thought they were super cool... check out their claws- I dig the albino one.
Posted by rizanola at 11:38 AM