A Night out in Hollywood

Well, what started out as a tough night for everyone to get together ended up being fantastic! We were supposed to meet Jane and everyone at the Hotel Roosevelt on Hollywood Blvd at 7:30 but because of my surf lesson, I was running late! So apparently, after a certain time, this place requires you to be on a "guest list" and had the red velvet rope thing going on. This is the first time I really felt like I was in "Hollywood". I know, I've been here a month and haven't done the "club" thing. Oh well, you live and learn.

So since the rest of the guys were on time, they were already by the pool bar called Tropicana. So here I was, I can see Jane on the other side of the rope while the bouncer dude was telling her that there was no way Ron and I could get in (and later they said if I were with a chick- they would have let me in... man Ron!). So Ron and I had to go to plan B-- to meet Vanessa and Stephanie where they were because they couldn't get in either!

Well, long story short- we ALL ended up at the Hollywood Grill just a block away next to the Chinese Theatre and it was so nice to have all of these people from New Orleans all together! There was also her cousin Alli, who just moved here from NY and my friend Dena who was also there. 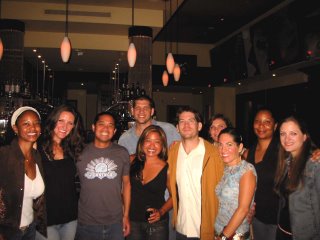 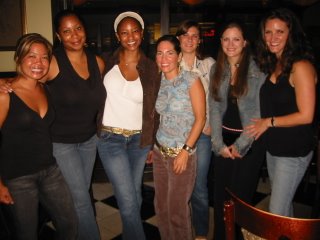 After we left there, Vanessa, Stephanie and me and Ron went to an Irish bar for one more before we called it a night. After surfing and going out... I was ready to go home and crash! 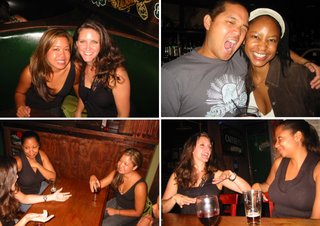