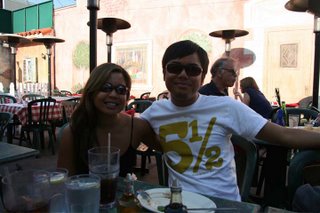 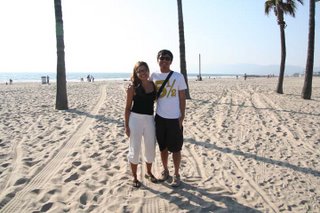 Well, I was in Las Vegas and Albuquerque this past week with my boss David so that's why I haven't had time to update my blog. I did want to write about my last weekend.. my brother Roger came in for the weekend and it was his first time in LA... too bad he had to spend it the way he did. He graciously offered to come in town to help me move to my new apartment. I couldn't thank him enough for coming- he was a life saver!

It was a long couple of days, but all went off without a hitch! Ok- so I had actual movers come move the heavy boxes- but it took a lot to tell them where we wanted them to go! After they moved everything- which was actually a lot of nothing with no furniture- Roger and I spent the rest of the weekend unpacking everything and we did a pretty good job! Here are just a couple of my rooms-the kitchen, the study (which still doesn't have the door installed on the long closet that goes across the room and my living room where eventually I will get a couch and a tv and stuff! 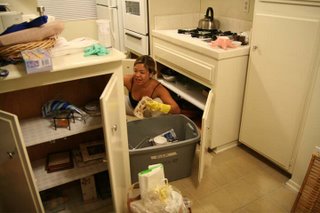 Unfortunately, Roger didn't get to see too much of LA, but we did go out to eat at the awesome Fred 62 right by Ron's house and since I got in a little bit late, we didn't actually even eat until 11pm! We also got a break on Sat afternoon when Vanessa came over and we finally got lunch around 3pm. We explored a little bit down by the beach and ended up eating at this great little Italian place called C&O's which was actually the same place we all had dinner at for Emma's birthday! 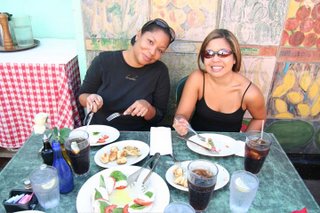 Afterwards, we stopped by to get some ice cream and then took some pictures down by the beach- it's so beautiful down there. 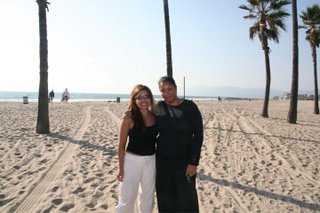 I love this little area and can't wait until you guys come visit! I am having my bed delivered this weekend and hopefully i will be able to fill it with everything else soon! Until I get my internet and tv hooked up, I will be back and forth from Carolyn's to my place until I get everyhing set up!
Posted by rizanola at 1:57 PM

I had a fun time- even with all the unpacking and all it's fun just hanging out with you! Can't wait to come back again! Your place seems to be coming along ;)

who plays the guitar?

I actually play the guitar! I only took lessons for like a year but I know some basic chords and can play "campfire" songs!