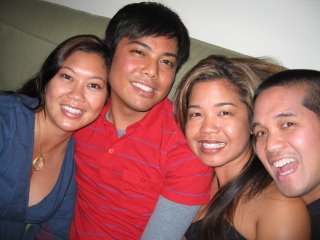 Just want to say thanks so much for everything this past weekend! Rose and Roger came in town and it was nice to have the 4 of us together on my birthday- that made the weekend the most special. We really missed you Rachelle, Dan and mom and dad but I know that we will all be together in a few days and can once again celebrate everyone's birthday again! 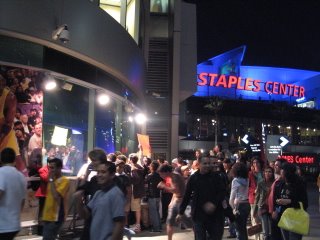 The next day, we had brunch at The Terrace Cafe right on the beach in the Venice area. We rode bikes down to the restaurant since it is just down the street from where I live. After we ate, we rode our bikes on the strand on the beach and stopped to take some pictures on the water and then rode down all the way down to the Santa Monica pier. 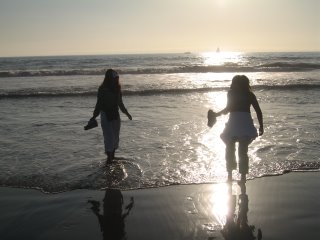 Eric was nice enough to buy us tickets to ride the roller coaster and we had such a great time! You can never have enough time down by the beach and before you knew it, the fog was rolling in and we had to start biking back to my place. 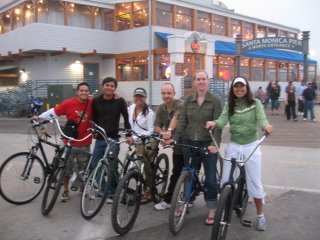 When we got back, I opened the door and to my surprise.... I found a big present sitting in the middle of my place! They got me a really nice beach cruiser for my birthday!!! I was so suprised and I love the bike!!! 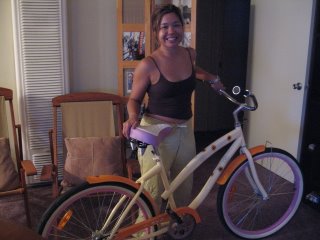 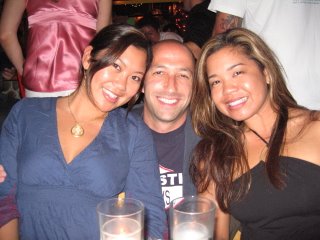 He lives really close and so we parked there and walked over. We ended up having dinner at "Jame's Beach" right near the beach, which was delicious and had such a great atmosphere (thanks to my friend JD's recommendation)! 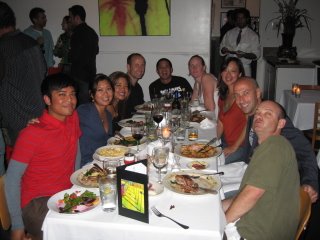 I am sure we will post more pictures from the weekend on flickr but I just wanted to post a few and to say thanks again for making my birthday so special and for coming in town to celebrate my brithday with me. You don't know how much it meant to me. I love you all!
Posted by rizanola at 10:40 PM

Dang Riza,
I realized after I talked to you that your b-day was coming up and I forget to ask you what your plans were or to say Hau'oli la hanau - happy b-day. Sorry girl! Looks like it was a fantastic weekend celebration!
OD