My boss Dave came in town yesterday to go with me to meetings at the NBC station here in LA. The meetings went well and I am looking forward to working with this group! While we were there at NBC, we got to see the studios where they film the Tonight Show with Jay Leno, Access Hollywood and some of the places where they tape Days of our Lives! 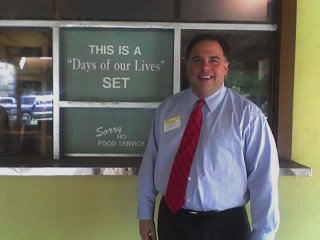 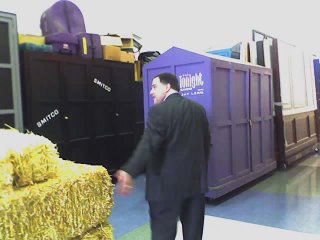 We ate lunch at their cafeteria on site and I was amazed by how this studio was like its own little city- with a hospital on site, its own bank, gym, etc... On the way there, we passed through the parking lot where the celebrities park and saw where Jay Leno parks and of course, he was driving one of his many cool cars! Here is Dave posing with the cool car. 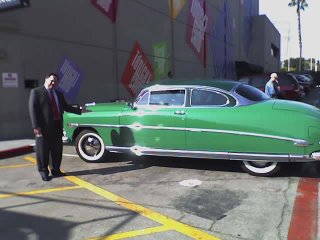 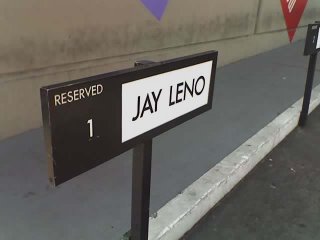 We were offered some passes to go see a live taping to both The Tonight Show and the Ellen Degeneres show so I hope to take them up on that really soon! Dave, you will have to come back on another market trip and this time, we'll have to do some "fun" stuff! Plan on staying an extra day.. or two.. or three!
Posted by rizanola at 11:13 PM