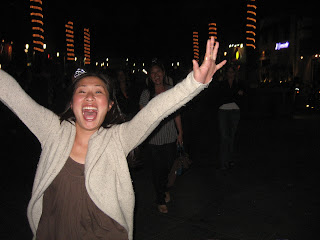 Well, I am finally getting around to posting about our bachelorette party weekend a couple of weekends ago! There were wayyyy too many pictures to choose from, so I picked a couple and will flickr the rest when I get a chance!

The weekend started off great and went off without a hitch! I was so worried there wasn't going to be enough room for everyone but we all fit fine in my little two bedroom apartment. Everyone got in on Friday night so we had to take several trips to the airport but we had jello shots ready for those who landed (I know, I know... but what's a party without jello shots!) and we just hung out at my place and had drinks, lots of welcoming drinks and of course, a night of guitar playing and singing until the wee hours of the morning. 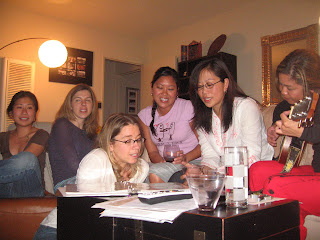 The next day, we rode bikes and went to the beach all day! We went down to Venice beach right down from where I live and we biked down the strand and picked a spot where we hung out pretty much all day. We played some paddle ball, volleyball, went for a VERY long run- i think almost an hour and a half- and then went down to the Santa Monica Pier. 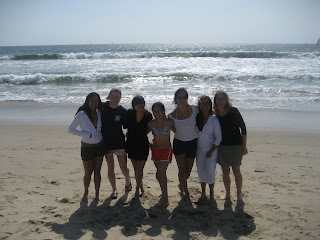 After hitting the beach, we went back to my place and grilled out and there was a ton of food! We had burgers and the fixins' and of course, all the awesome food my dad cooked! Thanks Dad! After we ate, we played games (which were hilarious!) and drank more before hitting the Hermosa Beach pier. We were sooo tired by then but hung in there until we finally came home to crash. (Don't these pictures remind you of highschool? Good times) 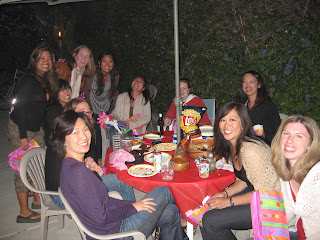 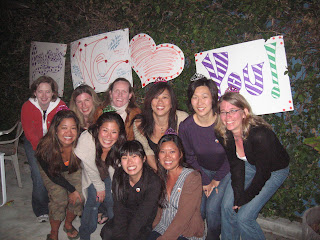 The next day, we went to an awesome brunch at the Rose Cafe before going to Burke Williams Spa... but I will blog some pictures of that later! We are off to Joshua Tree to go camping for the weekend but I just wanted to make sure I got this post in before we left! Have a great wekeend everyone!
Posted by rizanola at 1:49 PM

riza! i don't have your email and have been wanting to write! had the baby on the 22nd and want to send photos/announcement yo you, rose, roger, claudia and michelle. holla! (texaswildflower@mac.com)