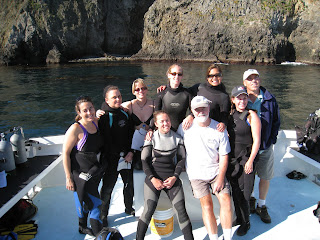 A few weeks ago, I participated in Scuba Diving Magazine's Women's BC Test that we did off the coast of Oxnard, CA (an hour north of LA) at Anacapa Island, part of the Channel Islands. Here is the group of all of our testers with the director Bill Kendig and John Brumm. 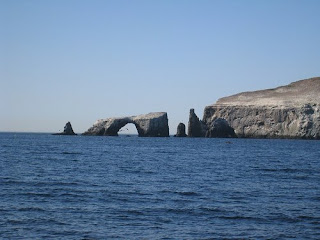 It was an absolutely perfect day, blue skies and great visibility! It was so nice to have some of our old team back together and meet some great, new lady diver friends! Everyone was super cool and the place where we were diving is absolutely gorgeous! See the picture above- this reminded me of the Galapagos! 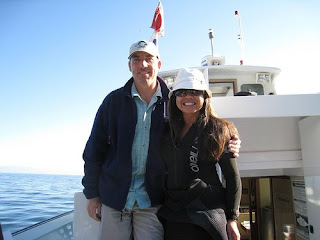 This is a picture of me and Bill. I really miss seeing all my dive buddies from the magazine and not sure when we will all be together again. It was really great to see my friend Polly from San Fran that came down for the test. She was my buddy while we tested the bc's and on every single dive- we would see sea lions! On one dive we had probably 10 of them swimming all around us! It was crazy cool. For more pics on this dive, click here!
Posted by rizanola at 10:47 PM No comments:

Ok....so I haven't traveled in a while and all of a sudden, I have to go to 3 cities in a week. I had to fly to Minneapolis on Sunday, then flew to Portland with my new boss Tony (who is the bomb!) and now I am flying back to LA tonight. I am actually at the airport now! Anyway, that's why I haven't blogged in a while and hope to catch up. Oh-- and I am flying to Tucson tomorrow night and back on Sunday, which I guess makes 4! Until my next post...
Posted by rizanola at 4:48 PM No comments: 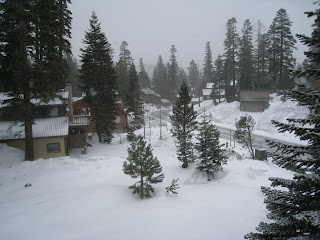 Well, we had another mammoth weekend a few weeks ago- a little late on blogging about it but it was definitely a trip to blog about. First, it snowed pretty much all weekend! I've never been snowboarding when its been snowing... much less been in the snow period. It's always been spring like conditions in the mountains- where you barely need your jacket, sun is shining and skies are blue. We had similar conditions but the temp and wind were definitely much different- high winds and much colder. 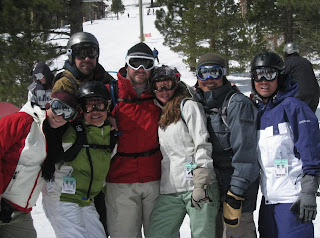 The group that went up this time were me, Kevin, Jack, Lisa, Ron, Paul and Sheena- great group! We got to stay at a friend of Lisa's cabin up in Mammoth which was so nice (thanks again Lisa for hooking that up!). 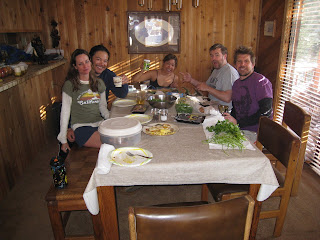 It was another perfect weekend- we made breakfast all together in the morning and dinner at night. Kfed hooked us up with his famous ribs that we devoured that night and the next day. We had a fantastic dinner with great wine (we brought some bottles that we got up in wine country), ribs, grilled veges, twice baked potatoes and cornbread. After a long day of boarding- we needed the food to refuel the next day. 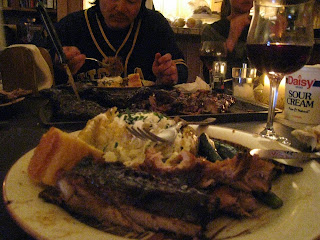 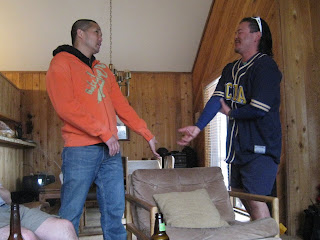 Ron had a little accident on the slopes and couldn't board with us the second day. I wasn't with him, but the boys were and said that Ron was a trooper. He dislocated his elbow, or overextended it I guess and Ron snapped it back himself while waiting for ski patrol. When we got back to the cabin, Kevin took him to the ER and he was back pretty shortly after, arm in sling and all. He has to do some therapy on his arm, but all in all, he is ok. Paul also had a minor accident with his knee but he turned out ok too! 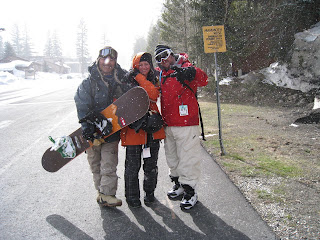 This is a pic of Jack, Lisa and Kfed when we were walking back to the cabin from Mammoth Mountain. It was so beautiful and it was so nice how close we were to the slopes! I think this will be my last trip snowboarding this year... but already looking forward to the next one! 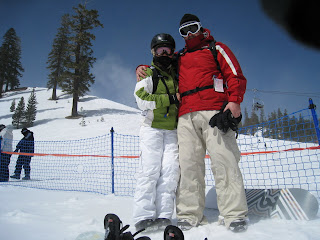 This past Easter was a blast to be with the family in Pensacola. Obviously, being out west, I don't get to go home as often as I would like so its always a special treat to be able to come home.

As always, my nephews were out of control- and as much fun as ever! They are getting so big- Jacob was in the midst of writing a book (with chapters and everything!), Cale was showing me his skills on the Indo Board and is crazy smart on the computer and Lucas is getting so big and doing everything his older brothers are doing! They are such a handful (I don't know how Rachelle does it!) but it is so much fun to spend time with them and watch them grow up!

Mom and dad were doing their thing- dad was cooking like a maniac and I got mom to hem some clothes that were too big for me. It seemed like old times! I couldn't believe how much we ate and drank while we were home... there is no such thing as dieting when we come home for the holiday that's for sure. 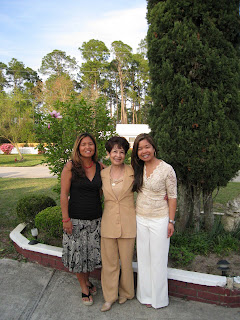 We went to Easter Vigil mass on Saturday (which we won't do again because it was like 2 hours long with 20 different readings!) so that we could all just hang out on Sunday and get up late, eat all day and have some family and friends come over to the house to visit. It was so nice to see the Martinez's who I haven't seen in a while (and my Auntie Ely and Uncle Roger are my godparents!) and their cool new ride- a convertible Lexus! This car suites them well.

Later in the afternoon, the boys picked calamansi off the tree in the back for us to eat and it was too cute because Lucas was so short, we had to get him a bench to stand on and then he was still too short so Rachelle had to reach up and grab the tree down so he could reach it! Afterwards, all the kids that were over did an Easter egg hunt and then the adults ravaged through their baskets for the best chocolate candy we could get our hands on- not that we didn't eat enough already. 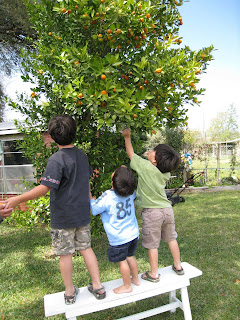 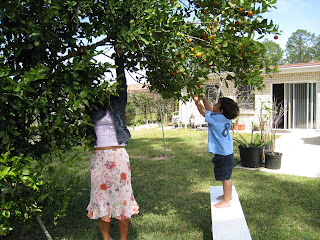 Most of the time when we were home, Ron worked on getting the camero up and running and we did take the car to church so I got to ride in it for like 10 minutes. Its amazing that all of the original parts exist and of course ron had his ipod all rigged in their and even brought the external speakers so we could rock out to his tunes while driving along the beautiful Gulf Beach Highway (ok, so its not that beautiful!). He did a great job and the car is in really great condition!

Oh well, until the next time we are all together..
Posted by rizanola at 4:19 PM 2 comments: