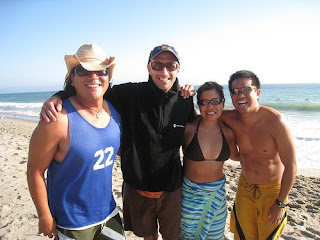 Camping Sycamore Beach
Originally uploaded by rizanola
We went camping up in Sycamore Canyon, near Sycamore beach (north of Leo Carrillo and south of Oxnard) that is about 40 minutes away from my house! Jack, Lisa, Ron and I went up on Friday night and Jack and Lisa actually went up earlier than us to set up camp (thanks guys so much for setting up the shade house, tents and getting our kitchen tricked out!). 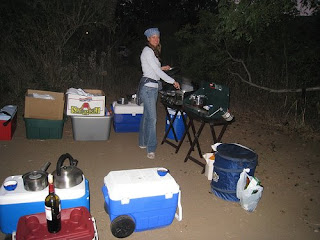 We had such a great, relaxing weekend- Kfed camped the next night with us but missed the first night because he had class, and Mike, Paul and Mary and Nicole came to join us on the beach on Sat. 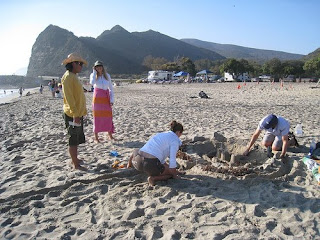 The campsite was nice, although there were a ton of people and the campsites are pretty close together. I thought that the site was actually on the beach, but its actually on the other side of the PCH but just a quick 5 minute walk, which we also did at night (that was beautiful!). 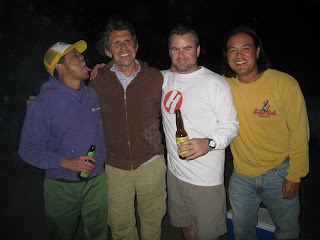 We also did a short 1 mile hike up to this point where you can see an amazing view of the SoCal coast line--which is the picture above. 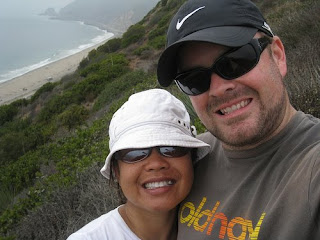 This is a pic of Mike and I dorking out at the rangers station. I had to post this pic... too funny :) 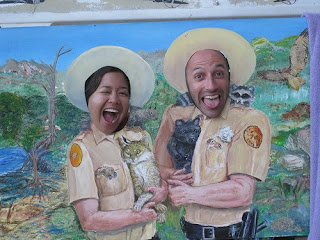