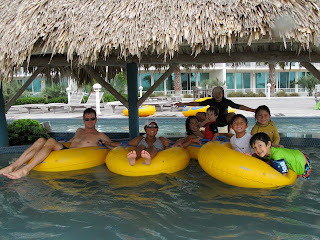 Just wanted to post some pics of our trip so far! We have done SO much since we have been home! The pic above was taken at The Carrib- where Wendy's dad lives. Its a resort where they have a bunch of pools, water slides and they have a lazy river! So fun... 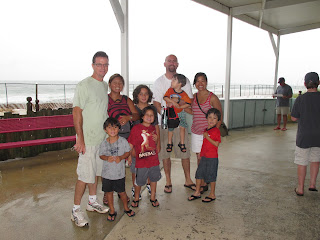 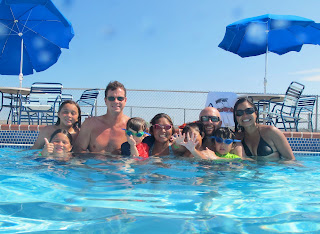 We went to the pool on NAS that had a rock climbing wall (which was super hard!) and another cool slide that everyone had fun on! Let's just say we had wayyy enough sun. 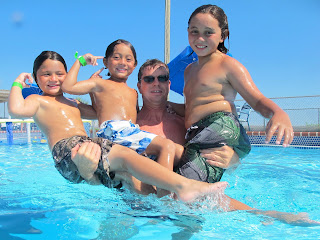 One day, we went canoeing and tubing down Coldwater Creek and that was an adventure. One canoe tipped over (and Jeff and I were NOT on that one!) and it was just one event after another all day long. All in all, we had fun but I don't think will be doing that again on July 4th week!

Today, Jeff took ALL the boys fishing after church and eating at King Buffett and they actually caught a bunch of fish! We tried to tire them out so they would crash after fireworks tonight. It worked!